It’s that time of year again, the leaves are beginning to change, the kids are firmly back into the school routine and weekends are packed with events for the whole family. One fun event many look forward to is the big Keepsake Ornaments and Christmas merchandise reveal at Hallmark Gold Crown Stores around the country, with Keepsake Ornament Debut typically the first weekend of October. 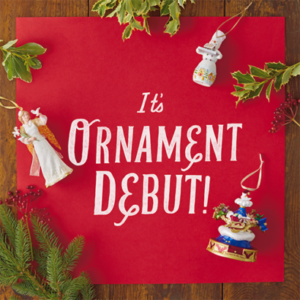 Keepsake Ornaments are created by Hallmark artists, and this year is their 45th Anniversary! For 45 years, artists have been bringing holiday magic to homes around the world and the tradition of giving ornaments as special gifts to friends and family to commemorate that year has been firmly established in homes and hearts.

Yearly I see multiple generations visit their local Hallmark stores, picking out their favorites, adding to existing collections or series. Speaking of series, a few of them have been going on for almost 40 years! Can you imagine having all of those years of one series on your tree? I would love that!

Keepsake Ornaments are big business for Hallmark and collectors alike. Every year, the Dream Book arrives in stores and online in early May, detailing all the ornaments to expect throughout the year. Ornament Premiere is in July, Debut in October and then minor releases in both November and December finish the year out.  Every year more than 300 Keepsake Ornaments are showcased in the stores, in addition to special glass blown ornaments, gifting ornaments, and other unique pieces. The ornaments change yearly, no design is ever the same, and series pieces can continue for years and years.

One of the easiest ways to ensure you will get the pieces you most want is to put in a Keepsake Wishlist early in the season. By doing a Wishlist at your local store, you are going to be among the first to get the ornaments, as associates pull your selections before the stock hits the shelf. This is especially beneficial for the pieces that could be best sellers, first in series or any ornament you know that you are going to need for your holiday displays or gift giving. 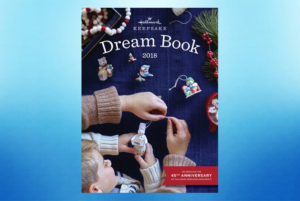 You can always order your Keepsakes from Hallmark.com, but be advised that some pieces may sell out quickly online. You can also find many on Amazon.com, as Hallmark has partnered with Amazon.

Did you miss a year or series piece that you want to get now, or maybe when you are digging out your Christmas box you find an old favorite has broken? Well look no further than Hooked on Hallmark to get past year’s Keepsakes. With fair prices that often include sales or free shipping, I have used HoH many times to fill in missing pieces from my own collections.

While some people may not like that retailers are pushing out Christmas items in what seems to be earlier and earlier every year, many love it. The build up of excitement, the anticipation for Santa Claus, and all the family fall events creep us bit by bit to the big day, and retailers are just excited about the holiday sales are you are. 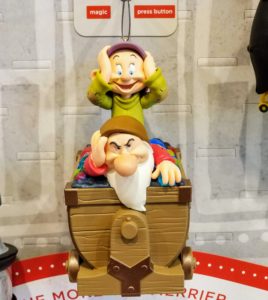 Christmas and holiday sales make up the bulk of retail and there was a time that Black Friday actually meant just that…moving the books out of the red (or negative) and into the black (positive). This typically happened with the onset of the holiday buying season, which at one time officially began the day after Thanksgiving. Retail has changed and so has the way merchandise and sales are done with retailers looking to get in the black sooner than in years past.  Unfortunately when one retailer begins earlier, others follow suit so they too can get their share of the pie, so next time you go into a store and see a Christmas display when it still feels like 100 degrees outside, give the associates inside a break instead of complaining, “Christmas stuff already?!” We know. We feel the same way.

Be sure to check out my LIVE video on Ornament Debut on my Facebook page. If you miss it LIVE, don’t worry, you can rewatch it (and I’ll be sure to embed it here after).

Here’s to the most wonderful time of the year!

« Finding their Faith
Christmas in the Ozarks: Celebrating the Season – #OzarkMountainChristmas »

This website uses cookies to improve your experience while you navigate through the website. Out of these, the cookies that are categorized as necessary are stored on your browser as they are essential for the working of basic functionalities of the website. We also use third-party cookies that help us analyze and understand how you use this website. These cookies will be stored in your browser only with your consent. You also have the option to opt-out of these cookies. But opting out of some of these cookies may affect your browsing experience.
Necessary Always Enabled

Any cookies that may not be particularly necessary for the website to function and is used specifically to collect user personal data via analytics, ads, other embedded contents are termed as non-necessary cookies. It is mandatory to procure user consent prior to running these cookies on your website.